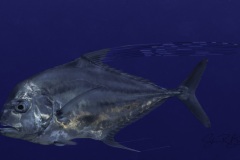 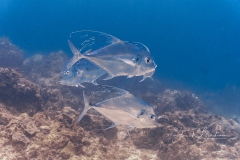 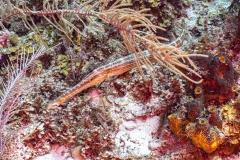 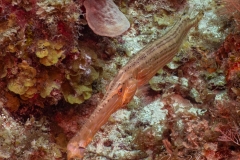 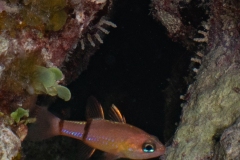 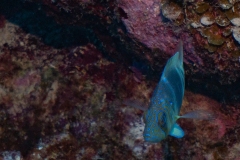 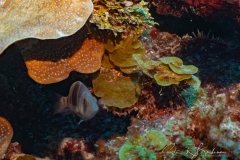 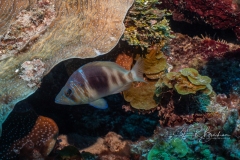 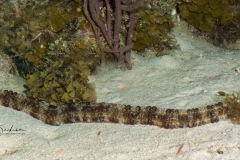 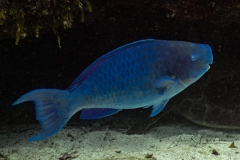 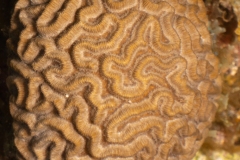 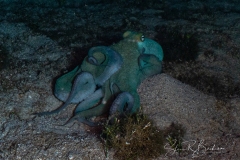 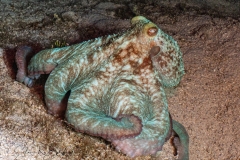 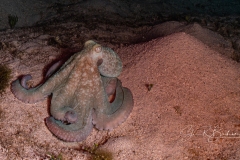 1 2 3 ►
I traveled to the Corn Islands, Nicaragua in September 2019 for a week of scuba diving.  Getting there is pretty easy…about an hour flight from Managua to Big Corn Island.

Big Corn Island is a laid back island with a road that travels its circumference.  I stayed in what is more or less an AirBnB type of setup called Villy’s Cottage.  Spartan to be sure, but for a single diver, or even a couple, it was more than adequate.  I will warn you that the mosquitoes can be fierce, so having proper defense is super important.  There are several great restaurants within walking distance and catching a taxi is super easy…you just stand on the side of the street and will pick you up if they aren’t already full.  $1 U.S. will get you anywhere and there are many many taxis…you’ll never be left standing or walking for long.

Dos Tiburones Dive Shop is a short walk from the cottage.  I think there might be a couple of other dive shops on the island, but Dos Tiburones seems to be the most robust and active.  The owner lives in the U.S., but the manager, Kevin, and dive master, Dwayne, are super cool and accommodating.

The diving on Big Corn, in my opinion, is not nearly as diverse in terms of dive sites and critters as Little Corn.  But, part of that, I think, was due to Dwayne being pretty new to the island and the boat captains weren’t very adept with the GPS units, so I think we might have missed some of the dive sites to which we thought we were going.

However, Blowing Rock, which is not only accessible from Big Corn, but Little Corn, too, is definitely the highlight of any and all of the diving from both islands.  It’s about a 40-50 minute boat ride from both of the islands.  Blowing Rock is a seamount and the diving there is spectacular.  Loggerheads, Reef Sharks, African Pompanos, Atlantic Spadefish, lobsters, crabs and shrimp are just a few of the critters you are likely to interact with at Blowing Rock.  Conditions can make it an adventurous ride out and back, but it is a not to be missed site.

After 3 days of diving on Big Corn, I took the ferry (which is a pretty good sized panga, nothing fancy) over to Little Corn Island.  The cost is about $6 U.S.  It only runs twice a day, so you have to plan to arrive at the dock enough time in advance to make sure you’ll get a ticket.  It’s about a 30-40 minute boat trip.

On Little Corn Island, I dove with Dolphin Dive and stayed in Hotel los Delfines.  There are great package deals that make this super inexpensive.  The hotel has individual air conditioning units in the rooms, so that is an added bonus.  It was still rather hot and humid in September and, as mentioned before, mosquitoes are a constant issue, so the air conditioning was welcome relief.

The diving on Little Corn is really a lot of fun.  The dive sites are relatively shallow, but no two site is the same in terms of topography and, while you do tend to see sharks (both reef and lemon) on most of the dives, the critters tend to be rather diverse from site to site.

I went back to Blowing Rock with Dolphin Dive – another spectacular day of diving.

Dolphin Dive is well staffed with knowledgeable and experienced dive staff which made the experience a lot of fun as they “know where everything is” at each of the sites.  Tunnels and Caves is another great Little Corn dive site, one of quite a number that are 10-15 minutes by boat from the shop.  T

he night dives were quite an experience too.  There’s an area at the Turtle Rock dive site where the bioluminescent critters are such that when all of us on the dive turned off all of our lights, it appeared we were in some kind of space opera with shooting stars and trippy tracers all over the place.

Little Corn Island is a backpackers paradise with many hostels and inexpensive places to stay.  There are no motorized vehicles on the island and you can walk around the entire island in less than 2 hours.  Beautiful beaches on the north shore and lots of bars and restaurants on the south shore.

The amazing experience is totally worth the travel, and the mosquitoes, and I highly recommend the trip to anyone with any kind of a sense of adventure.