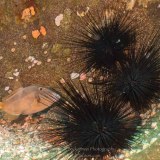 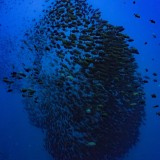 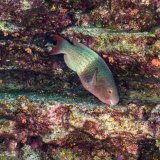 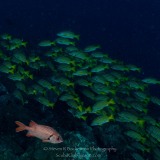 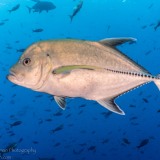 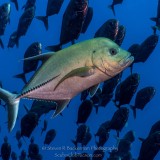 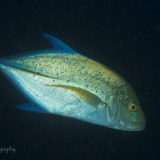 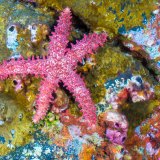 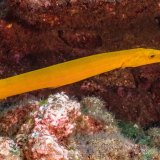 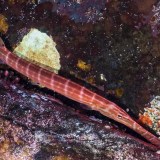 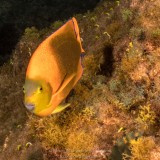 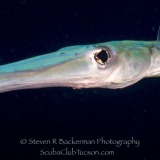 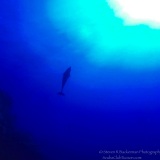 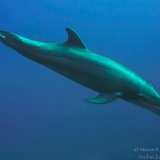 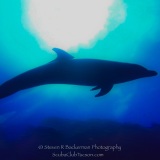 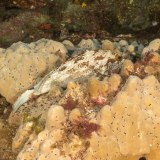 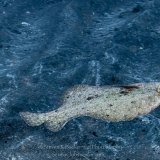 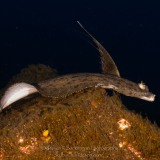 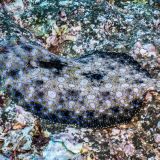 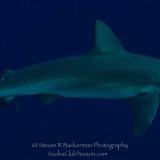 [Show slideshow]
1 2 ... 4 ►
Archipelago Revillagigedo lies about 250 nautical miles to the south of Cabo San Lucas.  While it is often colloquially referred to as Socorro Islands, Isla Socorro is but one of the 4 islands that make up the archipelago, the other three being Isla Clarion, Isla San Benedicto and Roca Partida.

Isla Clarion is significantly far from the other three and our diving was confined to San Benedicto, Socorro and Roca Partida.

While there are a number of live-aboard boats that visit the archipelago, I used Rocio del Mar, boarding on a Sunday morning for the approximately 26 hour boat ride to San Benedicto.

The long, open water boat ride was pretty non-eventful, though the waves and rollers were unpleasant for some.  I definitely recommend bringing along whatever anti-seasick medication you find that works.

And, before I discuss the diving and dive sites, let me say this:  Rocio del Mar is a first-rate operation.  The 10 crew consist of 3 Dive Masters, 2 zodiac/panga drivers, the captain, a steward, an engineer, the chef and his assistant.  The service is impeccable.  There are 10 passenger berths, holding 2 people each, with a bathroom per berth.  The bathrooms are cleaned daily and the beds made daily.  Towels are provided.

The food is plentiful, varied and super delicious.  You won’t go hungry and, despite an average of 3 challenging dives each day, you might even find that you gain weight.  The all-you-can-eat includes all of the wine and beer you may want, though once you have your first sip of alcohol, your diving is done for the day.

The 20 divers were divided into three groups and the sequence of groups to be first to dive each day rotated each day.  The first dive was typically around 8 am, the 2nd dive around 10:30 am and then a mid-afternoon dive.  There is no night diving allowed for safety reasons.

As for the diving:  most of our dives were fairly challenging due to currents.  While I am told that the currents aren’t as strong at other times of year, great buoyancy skills and being an advanced diver are pre-requisite to this trip.  It is not a trip for a timid diver.

Each of the dives was to at least 82 feet and seldom would a dive be close to the sea floor.  While not mandatory, paying the surcharge for a week of Nitrox diving is well worth the expense given the increase in safety.  Most of the time we dove around 32% O2 though on the deeper dives the percentage was around 28%.

Our dive locations/sites were as follows:

These were the easiest of the dives and are used as check-out dives so the Dive Masters can get familiar with their respective dive groups.  The two dive sites were El Fondeadero and Tres Hermanos.

After dinner, when the steward was essentially chumming the water with uneaten food, just off the back of the boat became alive with about a dozen Silky Sharks and a few Bottlenose Dolphin.  It was quite the scene.

All three dives were at El Boiler, which is on the west side of San Benedicto.  The site is really a massive in girth flat-top pinnacle.  It is here that we dove with the giant Manta Rays and Bottlenose Dolphin.  The currents around the pinnacle can be somewhat swift.

The highlights are definitely the Mantas and the Dolphin, though you’ll find plenty of reef fish, eels, some sharks and an occasional octopus if you look closely in the nooks and crannies of the rock.

The first two dives were at Cabo Pearce and this is where we experienced some of the strongest currents I’ve ever experienced.  These were also the least fruitful dives in terms of life.

We did see Green Moray Eels and White-tipped Reef Sharks, but even the critters were mostly back in cracks and crevices to escape the current.

I am told the current was unusually strong and uncommon.

While at Socorro, the Mexican Navy boards the boat to inspect passports and to undertake infrequent searches of the boat.  Though we were delayed by hours before the navy finally boarded, the inspection was quick.

However, because of the long delay, we didn’t have time to get to usual afternoon dive site at Socorro, so we improvised and simply dove an unnamed site.

Because the sun had fallen behind the volcano peaks that comprise Socorro, the dive was pretty dark, though not quite a night dive.

It was here that I encountered the Reef Cornetfish, along with the Long-tailed Rays, as well as many other reef fish and a couple of White-tipped Reef Sharks.

Roca Partida literally means Split Rock and, in all honesty, that’s exact what it is.  It’s the smallest of the islands in Revillagigedo, measuring about the length of a football field, about 8 meters wide, and its two peaks measure about 25 meters and 34 meters.  The rock is home to a few varieties of booby.

The island itself is the dive site, the entry point and direction determined strictly by prevailing currents.

It is here that you find the shark condos where dozens of juvenile White-tipped Reef Sharks congregate in rugby scrums, while some larger ones swim by, seemingly keeping an eye on them.

If you swim out 50 to 100 yards into the open, the encounters can be amazing:  we spotted Galapagos Sharks, Silky Sharks, Silver-tipped Sharks, Hammerhead Sharks, Yellowfin Tuna, and Wahoo albeit difficult to photograph, at times, as they tend to keep their distance.

Schools of jacks, lots of Black Jacks and Bluefin Trevally, as well as Green Moray Eels and lots of other reef fish contribute to making these dives some of the most exciting I’ve ever done.

At the completion of one of our dives, while relaxing in the panga, a juvenile Whale Shark swam right under the panga, speedily passing us with no time to respond.  And, I’m told the Manta Rays often frequent Roca Partida, though we didn’t see any during any of our 6 dives there.

We returned to Tres Hermanos for our first dive, followed by a dive at El Canon and then 2 final dives at El Boiler.

El Canon, though I’m told this is often a spectacular dive, turned out to be somewhat blasé for us, but, you simply can’t control critters.

The final 2 dives at El Boiler found us diving with a couple of more Mantas, quite a number of White-tipped Reef Sharks, as well as a beautiful Two-spotted Octopus that had taken on quite a purplish tone to match its surroundings on the El Boiler pinnacle wall.

I hope you enjoy looking at these photos as much as I enjoyed taking them.  Though the trip is long and you won’t touch earth for 8 days, and, frankly, it isn’t an inexpensive dive experience, I highly recommend it.  Feel free to get in touch if you have any questions.